I'm telling you, there's nothing better than some good old indoor sunpuddle lovin'. 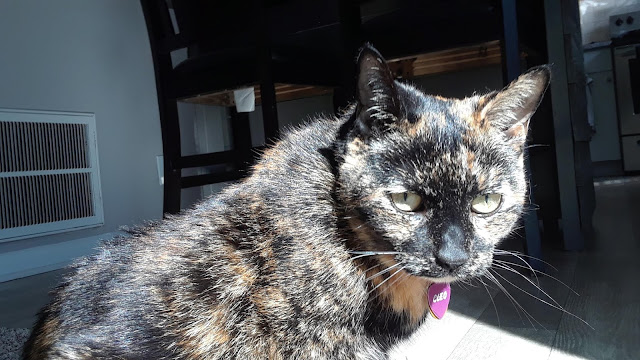 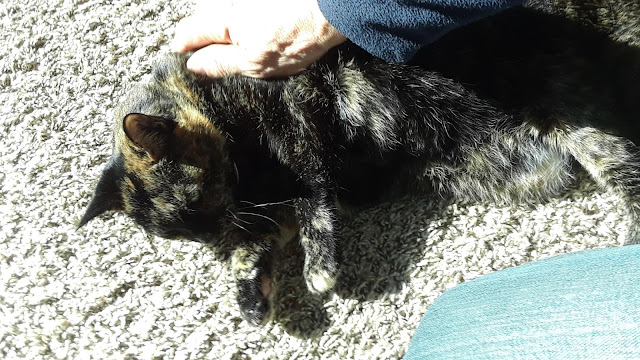 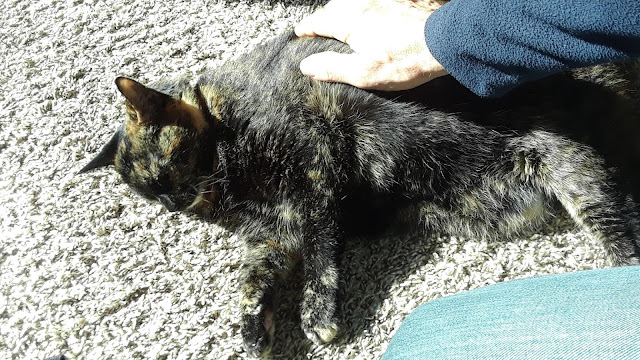 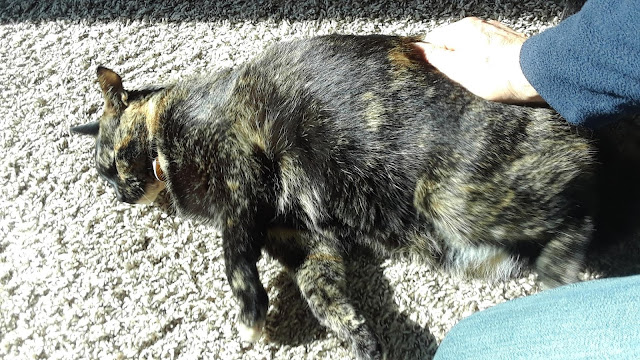 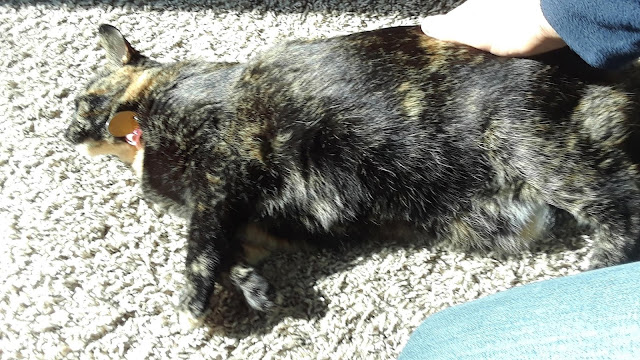 A good sun puddle and lots of loving, you've got it made!

Awww yes, that sun sure feels good on the furs sweet Cleo!

WOW! We sure don't get great sun puddles like that up here in Chicago!

OH Cleo well done you certainly have graduate degree in SunSoaking.
Your furs are glisten nicely today too
Hugs cecilia

Me again...Cleo I had no earthly idea you were 16.................goodness me living on the beautiful NC coast is quite agreeable with you Right?
Hugs cecilia

We agree! Sadly, the sun is not shining here today but mom bean says it will, maybe, tomorrow. We want the sun!!

Sunny as our day is, silly Jezebel is under the bed covers. ~shakes head~ On that note, I need to go soak in some rays, my self. Heh...

The humans love petting a sun-warmed cat just as much as the cat likes to be sun-warmed!

OH my mom LOVES petting my sun warmed beautiful Tuxie body! Mom and I enjoyed seeing your wide comfy yawn there at the end. Life is good isn't it Cleo...for us treasured Family cats.

You sure are enjoying the sunshine, Cleo. We have sun today too!

Glad you got some sun. Very cute selfies. XO

Look at you soaking up some rays! Poor Mudpie is seriously sunpuddle deprived.

Everything's better in a sun puddle!

You are so lucky, Cleo! We are getting endless rain here.

Oh, YES! Sun puddles they are the very best!