I know I haven't been here all that long, but I think I've come to the conclusion that I've made my place here and I'm starting to really feel at home with mom and dad.
I'm still trying to get used to being picked up and held, something Orbit apparently enjoyed, and I'm kinda getting tired of dad's a**hole remarks about it being because of my weight.
Hey now, you know I'm just teasing you Cleo, right?
How 'bout I tease you about your pointy nose?  Or maybe the tire around your middle you can't seem to get rid of?
Now you're just being mean.
How 'bout your hairy back?  Maybe we examine those toes of yours?
Ouch. Okay, fair enough.
It's a game for two, mister.
Anyway, the original intent of this post was to show how comfortable I am now.  Here are some of my favorite positions.  What do you think? 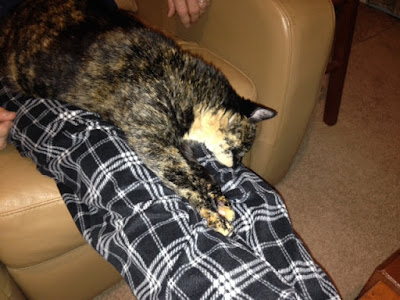 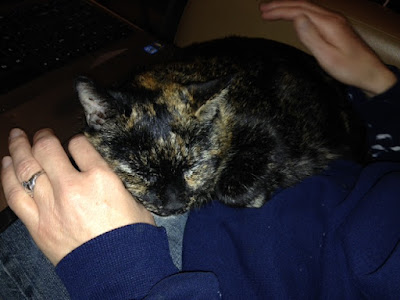 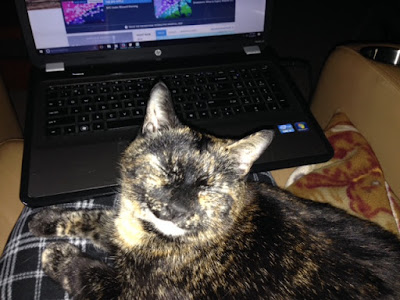 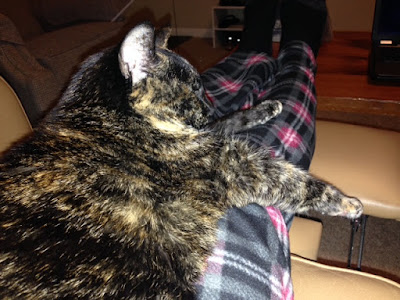 
So I spent the first hour or so on my first night here wandering and checking everything out, as we're known to do.     Everything's got to be sniffed and rubbed on, and I have to check out every square inch to make sure it's all to my liking.  The bedroom closet is especially interesting.  There's an old disconnected thru-the-wall air conditioning unit that birds have gotten into over the years, and I can smell them once that closet door is opened.
I've even tried to pull open a few cabinet doors, but have so far managed to avoid getting my picture taken. 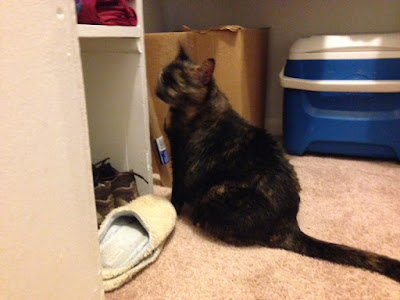 I especially like climbing on that box back in the corner, and they laugh at me when the top sinks in.  Not sure what they find so funny...
One of their priorities was to get me in for a checkup.  This is me making myself at home on the counter top while waiting to get poked and prodded. 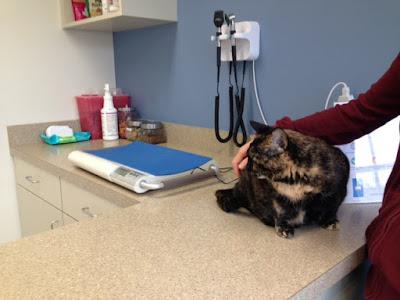 All in all it wasn't too bad, since I've been through this a time or two over my 13 years.


I'm getting pretty comfortable now, and although it's been a few weeks I can still find things new and fascinating.  They seem to think I'm getting used to them already, even though I'm still a little jumpy at times.  Dad had to throw in this last one, which was taken on my first night here.  Think I look relaxed?     Dad note:  Someone was especially annoying very early this morning.  She has a habit of walking across our pillows, and this morning she just had to try repeatedly to get up onto the headboard, waking mom in the process, who doesn't usually do too well with waking up as early as I do.  When we came out of the bedroom little miss princess wouldn't sit with us or chill out, and just wanted to chatter.  Non-morning-person mom went back to bed, and I'm hoping to hear snores soon.  Meanwhile, her higness's head is currently blocking my view as I try to type this...

Because Several Hundred Square Feet of Plush, Warm Carpet Isn't Quite Enough for This Girl 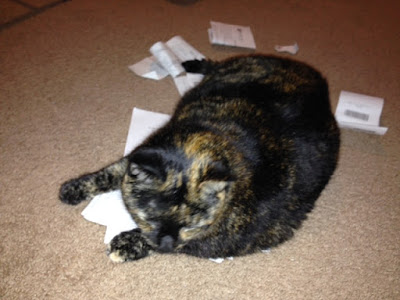 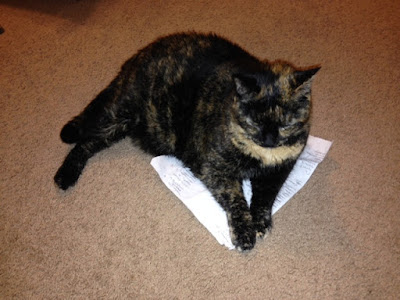 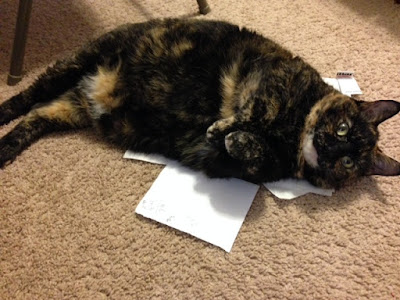 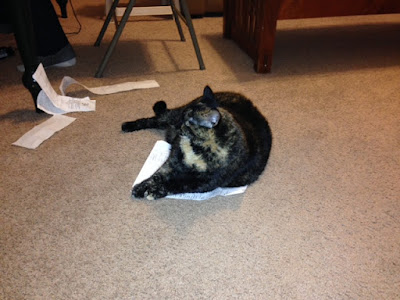 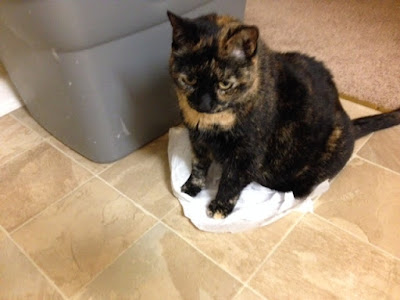 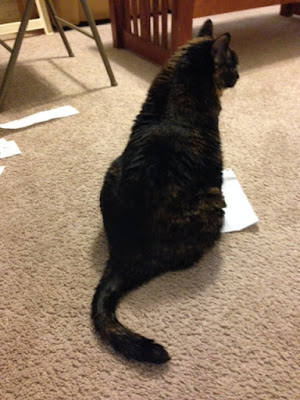 And here's my all time favorite pose- my back to mom, dad, the camera- because I can.
Posted by Cleo at 5:09 AM 16 comments:

Oops, an Early One

Well, I've been here for almost two weeks now and I'm already very, very comfortable.  I knew this was, without a doubt, my new forever home. 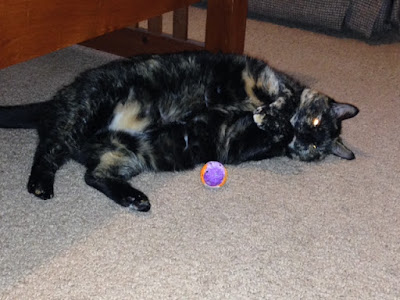 Now, that being said, Dad's not real happy with me at the moment.  Being Saturday, he likes to try to sleep in, which, for him is usually, like, 6:00 or so.  I guess I kinda woke him up a little earlier than he'd like to have been, like, oh, about 4:00. 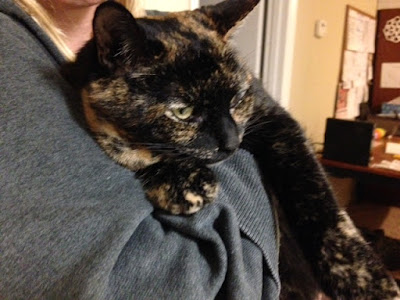 Yup, he woke up to me climbing across his head on his pillow.  How am I supposed to know that's wrong?  I'm still new here.  Still trying to figure things out.  Give me a break, dad!  I rewarded him by settling in alongside him, though that only lasted until he heard his damn coffee maker finish sputtering.  Yeah, he probably would've been up too early anyway since he inadvertently set the timer last night, which he never does on weekends.
Smooth one, dad.
Posted by Cleo at 6:46 AM 12 comments: