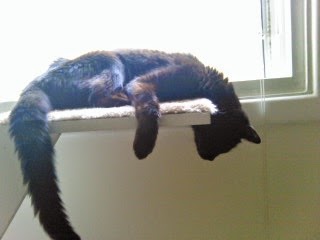 Mom got this picture of me the other day, doing what I do best.  I'd been napping, and apparently, as has been known to happen while sleeping in their laps, my head started sliding further and further over the edge.  Though it looks like I was watching something down on the floor, I was  actually sound asleep.  I tell you, these two are so easily entertained.  Lucky for them I'm not capable of operating a camera to show you some of their amusing sleeping positions!
Posted by Cleo's Dad at 4:56 AM 9 comments:

High Atop His Royal Perch 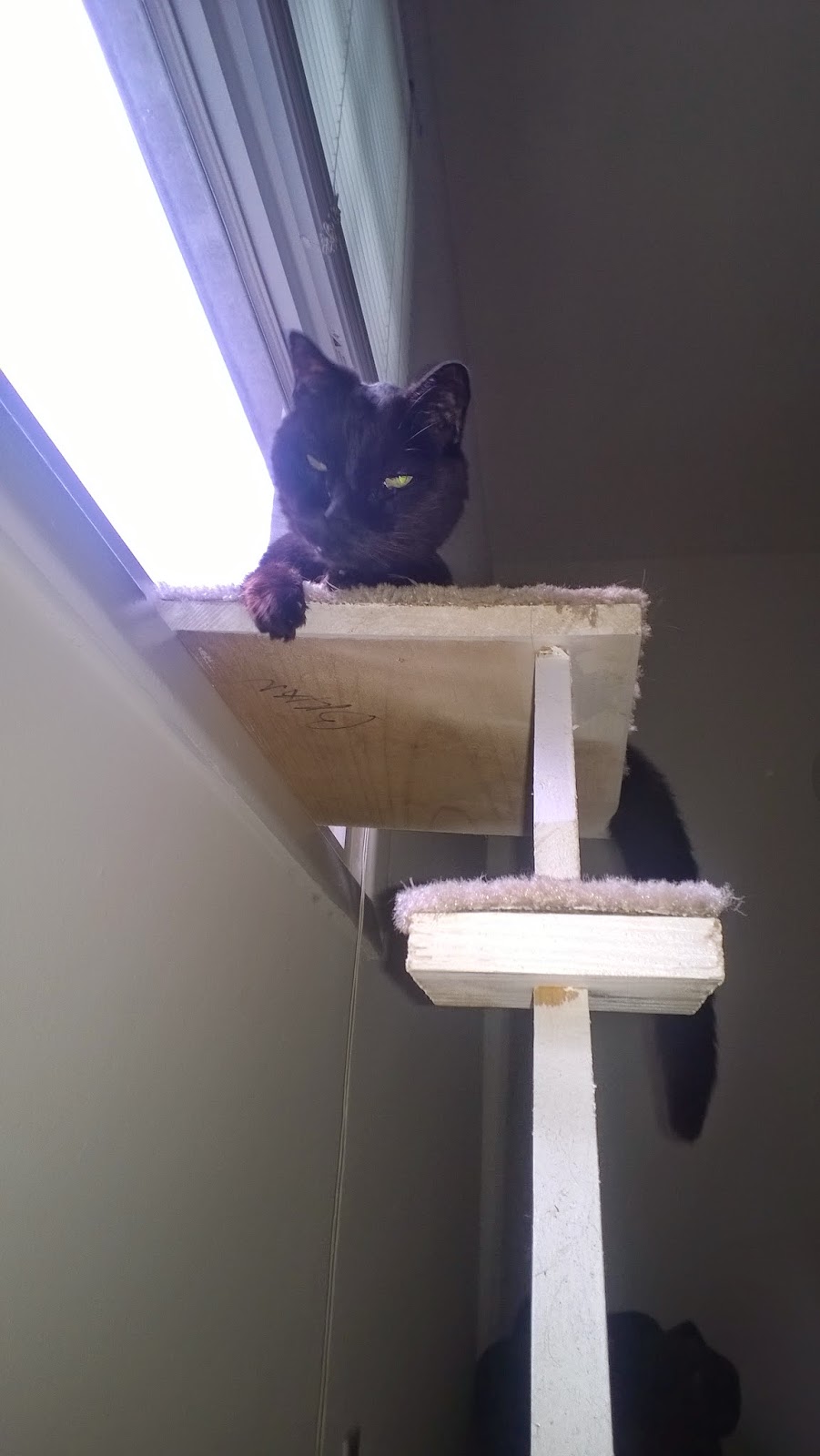 Almost since the day dad made this thing it's been hidden behind the futon which, as it turns out, was great for me.  All I had to do was jump up onto the futon, then one more hop up the back and voila!  I was on my perch.
Well, now they make me actually use the steps!  Can you imagine the gaul?  How dare they?  Here I am, gracing their very dull, meaningless lives with my presence, and they have the nerve to make me work harder for my comfort?  I ought to disown them, dammit! 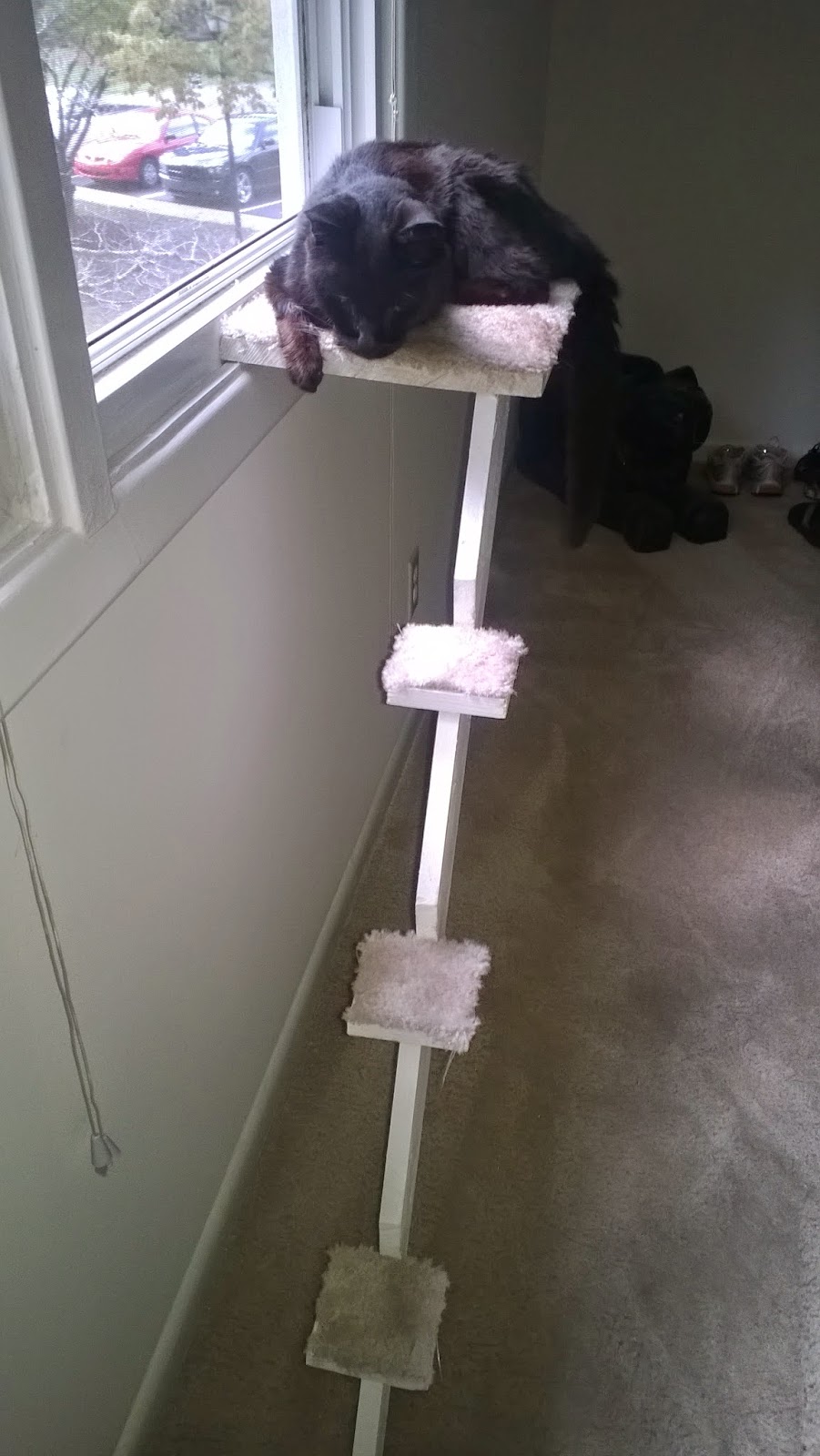 The real story is that our master, Orbit has a bad habit of not covering his... litterbox efforts, and tracking bits and clumps of litter throughout the living room.  It seems he's able to hang on to just enough of the stuff until he gets to the futon, where he deposits what we've been referring to as his secondary litterbox across the seat cushion.
Mom decided enough was enough, and it was time for a change anyway, so off the futon went to another wall, so now his royal highness has no choice (he's grown very fond of that perch since we've been keeping the windows open) but to use the steps.
He'll get over it.  He knows how to use them, he's just gotten very, very lazy.