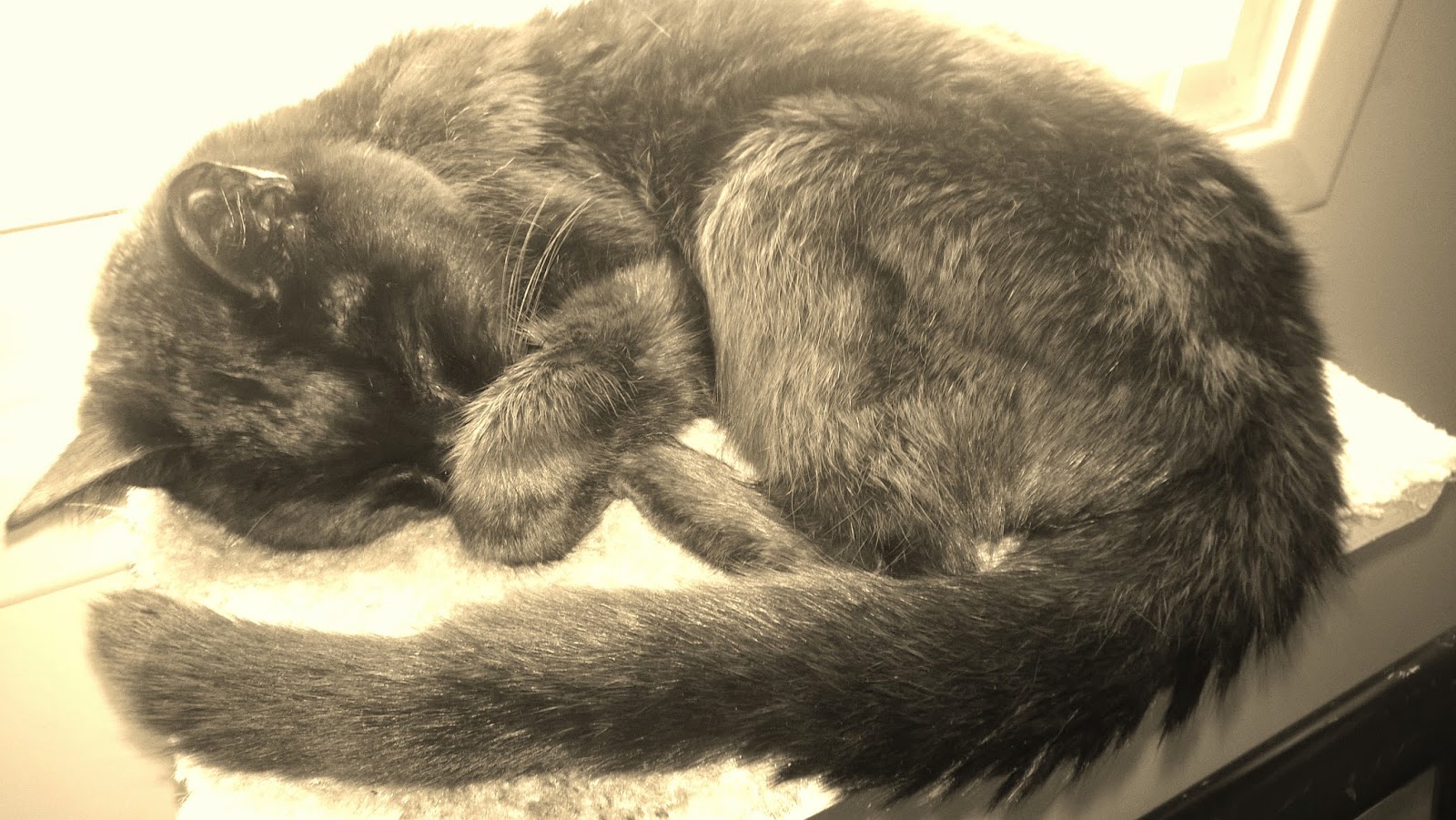 Dad says this is called Sepia.  I say Sleepia.  I'm smarter and better, so mine sticks.

Damn, gotta stop letting so much time go by between posts.  Life's just busy, and before you know it weeks have passed.  Or I just have nothing worth saying.  Or select from the following excuses:

This post has nothing whatsoever to do with me, other than the fact that I was trying to sit on dad's lap at the time he prodded me to post it.  This morning's news headlines on one of our local station's websites included the following:  "Car hits two trees, sending one to hospital".
Dad finds these things amusing.  You can see it for yourself- at least until they correct it- at wect.com. 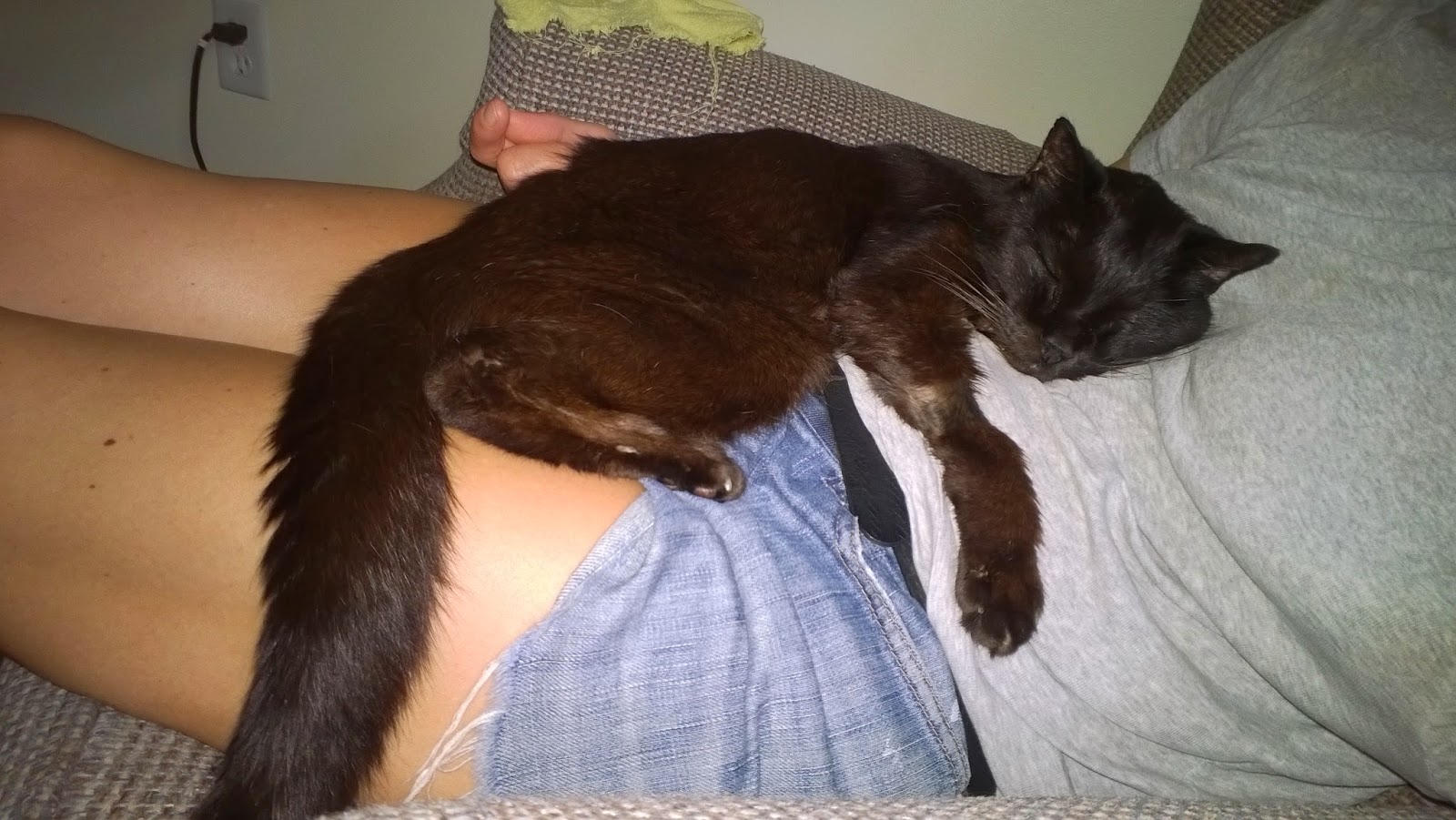 Usually I only get just so comfortable in dad's lap, but now and then mom's is where it's at.  I try to keep both of them happy by spreading the joy and pleasure that is me, so on this particular day I took advantage of mom's lap and simply melted into her.
Note my awesomely silky coat gradually filling back in where they shaved my arm for that damn IV.
Yeah, I'm finally feeling a little better.  At least I'm not as restless as I'd been.  I've been eating better as well, and I've decided to let them sleep a little more soundly these days.
Posted by Cleo at 7:39 AM 11 comments: