And The Planning Continues

Thankfully, I won't be going up north with mom and dad.  As I'm sure I've mentioned before I don't travel too well.  I can't be locked in that damn carrier, especially for that long of a trip, and when let loose in the car I roam and try to sit in places that would get them pulled over for sure.  Besides, it isn't safe for me (even though that's how I came down here).
Dad asked one of the ladies he works with if she would stop by and take care of me while they're gone.  I'd say I can take care of myself, but we felines were put on this planet to be served by humans, and that's just the way it is.
Mom's been busy working out their "itinerary", arranging visits, planning stops, and working out the details of their route.  Sounds like a lot of work if you ask me.  Why not just stay home, soaking up the sun, being pampered?
Let them come to you, I say.  There's always next year...
Posted by Cleo at 6:03 AM 7 comments:

Now that spring is here it's been nice to have the windows open again.  It's been a little cool down here (I know- some of you would consider temps in the 50's a heat wave right about now), and the place has been closed up tight.
Mom and dad left the other morning for some errands, and they came home and found me staring at them from my perch.  They'd left the blinds closed, and the window, of course, was shut and locked.  My evil glare was all it took, and the first thing they did upon entering was open the windows and blinds.  The fresh air felt exhilarating, and the sun almost instantly drugged me.
It dropped back down to around 30 the other night, and the week ahead doesn't look too promising, so the windows are closed again.  Guess I'll have to make do with just staring through the glass until it warms up.
Posted by Cleo at 7:12 AM 2 comments:

First off, Happy St. Patrick's Day to all.  A little while ago I woke from a bad dream.  Dad dyed my fur green, then couldn't get it back to my natural sleek ebony sheen.
They just sat there, green paint smeared all over their bodies (I think dad was actually naked, not sure/don't want to know) pointing at me and laughing and blowing these stupid noisemakers in my face.
Thankfully it was only a dream.  Anyway, mom and dad are hitting the road in a few weeks.  They're going up primarily to meet dad's first granddaughter, and they're planning on making a few other stops along the way.
Aside from some family members, a select few friends, and a couple of favorite haunts they haven't missed much since we moved down here about two and a half years ago.  I'd mention how relieved they were to escape Massachusetts drivers, but it seems those who maneuver the roads down here, and specifically, it seems, in Wilmington, learned their skills from said New Englanders.
I'm hoping their trip will give me a rich source for further posts, as my post topic well seems to have run dry these past few months.

Since we're supposed to turn the clocks ahead this weekend I figured I'd do a compilation post of sorts to highlight what I do best.  Turning the clocks ahead means I'll be losing an hour of sleep, something I cherish more than anything in the world. 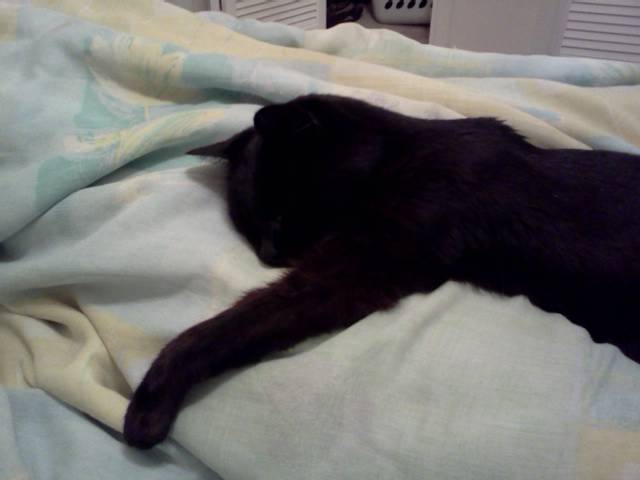 I can fall asleep pretty much anywhere... 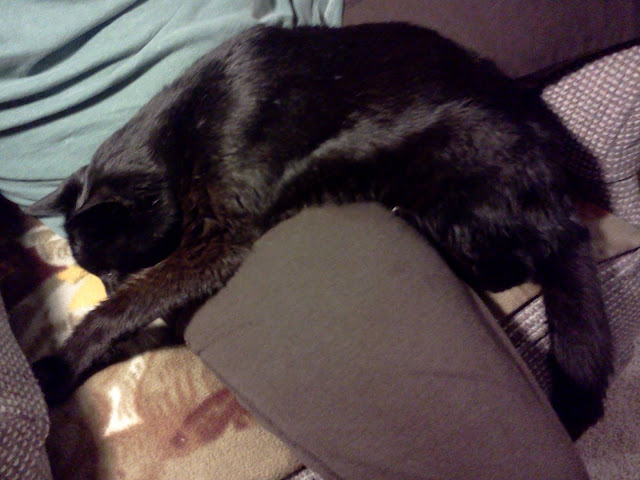 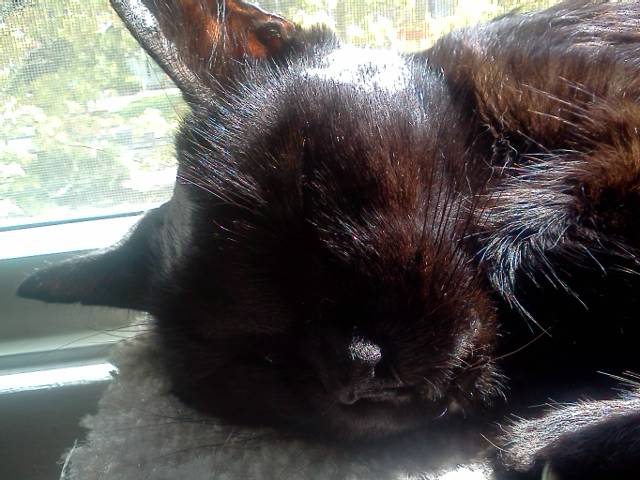 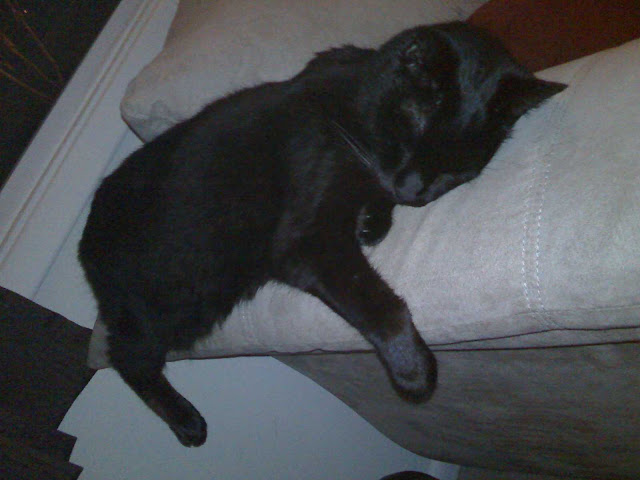 ...as long as I'm comfortable. 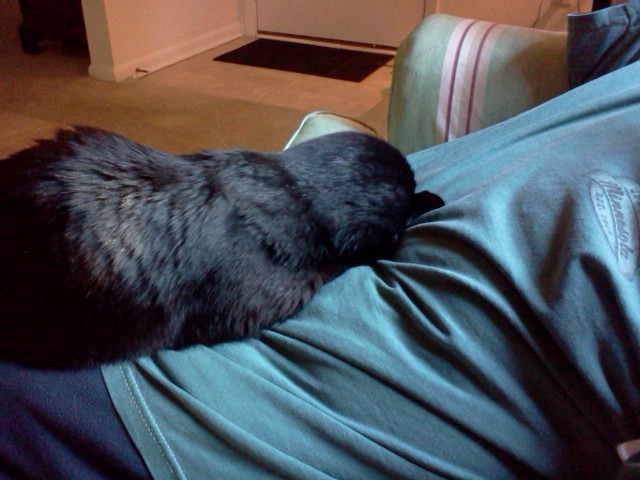 Mom and dad laugh at me sometimes, saying that some of my poses are almost human-like.  I just know that I simply like to be comfortable. 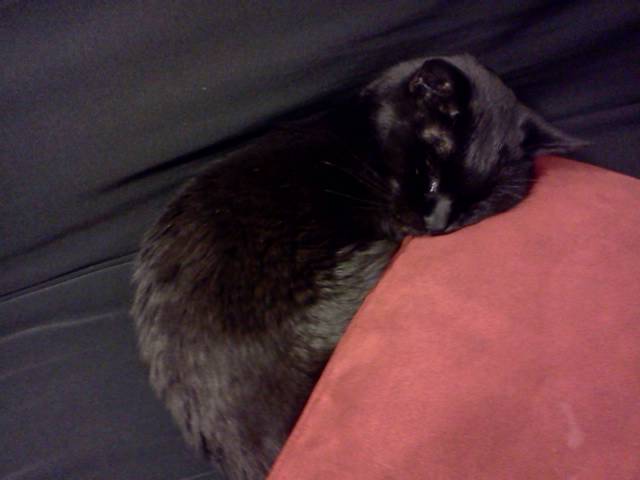 Okay, since Blogger is being a little difficult this morning, I think I'm going to end it here and get a head start on this weekend's rest.
Posted by Cleo at 5:33 AM 8 comments: