As everyone knows most of us felines, especially those of us not allowed to go outside, enjoy our window views.  Since I've been here I've been trying to balance myself on their 3 to 4 inch bedroom window sill, not an easy task for a larger girl such as myself.
I was recently going through some of dad's old posts and found some pictures of the perch he made for Orbit.  Well, let me tell you- I was livid!
"Dad,"  I yelled.  "WTF?"  I threw in, just for extra drama as I held him with the fiercest southern glare I could muster.  "He got that, and I have to risk my life balancing myself on this tiny little ledge?"  Boy, I was really laying into him, and by now he was quaking like a baby, eyes welling up with tears and looking around frantically for mom to protect him.
"I-I- I'm sorry, milady," he stammered.  As he bowed in subservience I knew he'd had enough.  "Rise at once, and stop with the sniveling!"
Okay, that never happened. 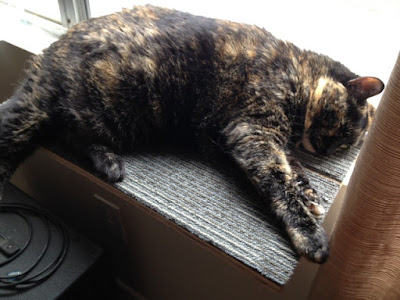 One day recently dad came home with this.  He called it a prototype, and wanted to see if I'd be happy with it.  Well, prototype or not, it remains. 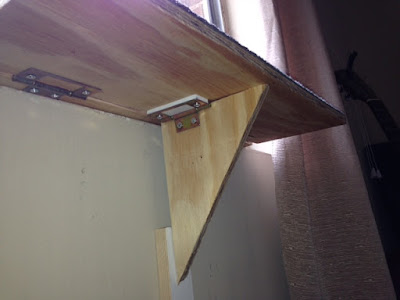 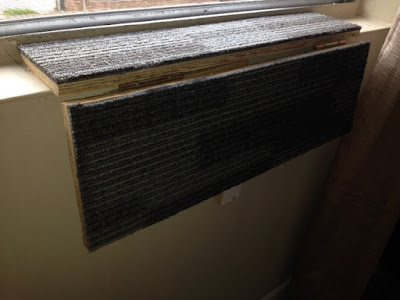 He made it so they can close the drapes without it sticking out, and when they open the drapes it folds out so I can sit on it and enjoy the outdoors.
For now I climb up on some stuff that's sitting on the floor below the window, and dad said some day if needed he'd build a set of steps or a ramp.  I suppose he's kind of useful, so I guess I'll keep him around for a while.

Dad's Back and All's Good With Mom

Well, mom and I are doing just fine.  The ol' man has had a whirlwind week at work since returning from Minnesota where he got to hang out with two of his boys and three of his grandsons.
He finally got to meet his newest grandson who's not yet a year old, and all the boys had a ball running around, messing up their bedrooms, playing together and generally getting away with stuff that their mom probably would love to have yelled about but grandpa was able to walk away from and fly back home. 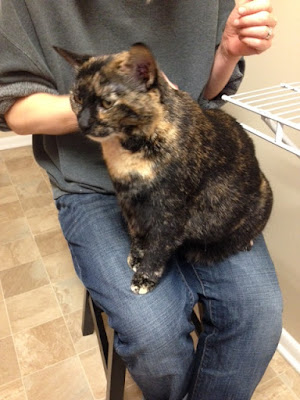 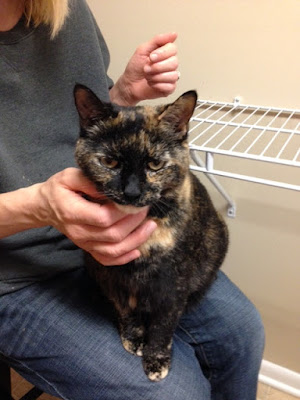 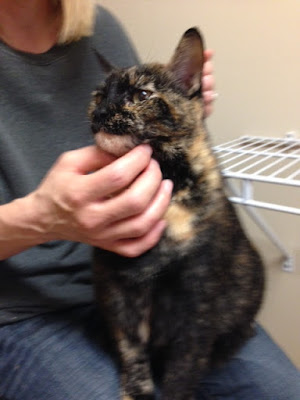 I've been on my best behavior so mom's talking to me again, and she and I have been sitting together more than ever before.
Not sure how I managed to keep my heft balanced here (dad's words, not mine) but I'm enjoying a one-on-one moment with mom.
Oh, and by the way-  Happy Earth Day to all!  Get out there and do your part, and remember Mahatma Gandhi's words- Live simply so that others may simply live.
Posted by Cleo's Dad at 6:05 AM 12 comments:

I know you're still mad at me and you haven't been talking to me or playing with me for three days now but I want you to know that clawing your hand was only my way of saying "Enough!"
I know you were only trimming my nails, brushing me and trying to help get the litter out of my fur- even I don't know why I fling the stuff around the way I do in that damn box- when you got to my tail area.  If I could talk I would've said "Okay mom, that's close enough.  If you don't stop I'm gonna get mad."
I'm sorry I hurt you, but please know I didn't mean to.  I miss you playing with me.  I miss your lap.  I miss the thrill of watching you think you're getting me to exercise and move around by making me chase that ball-on-a-string thingy.

Dad's leaving for Minnesota to see the kids and grand-kids tomorrow and he'll be gone for a few days, and it'll be awfully quiet and sad around here while he's gone if you don't forgive me.  I was looking forward to some girl time, you know, just me and you.
I'm real sorry, and I hope those marks heal quickly.  I was only trying to tell you I didn't like what you were doing. I suppose we can blame dad since he gets a little rough with me sometimes and doesn't know when to lighten up with the patting, back scratching and belly rubbing.  Can we say it's his fault and just be mad at him while he's gone?

I miss the mom who likes me on her lap, who plays with me and talks to me, and who doesn't mind feeding me and cleaning up after me.  Can you forgive me?
We're still getting to know each other, learn what we like and don't like and know what works and what doesn't.  But I know this- I've already been spoiled beyond belief since I've been with you guys.  I mean it.  I love you, mom, and I hope you'll forgive me soon.

Not About Me So I Don't Care

As threatened promised, dad wanted to include in this blog (my blog, might I remind you) some things that have nothing to do with me. 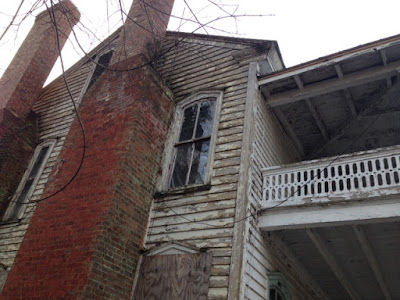 Okay, so here's one.  Mom and dad were out exploring nearby Hillsborough, and they came upon the former Colonial Inn.  The dilapidated old building is boarded up and needs lots of work, but dad likes the creepy look of the place.  He started playing with some of the filters on his phone and created this one, which he says ups the creepy. 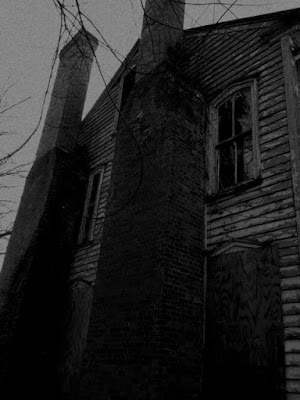 He's got this harebrained idea for a story based on this photo, but I'm pretty sure it won't have anything to do with me so I don't much care to give it any more space here.

Well, that concludes this boring contribution to my blog.  Thanks for interfering sharing, dad. Now can we please get back to me?

A Picture is Worth a Thousand Words

Dad keeps trying to pick me up and carry me around.  I'm still trying to figure out whether or not I like it.  Does it look like I'm having a good time?  Add your own caption to this one... 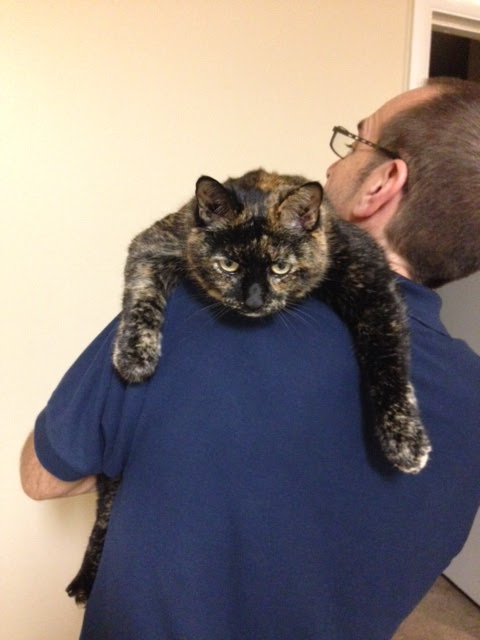