I've decided to do what I've seen others do here from time to time.  Things have gotten extremely hectic around here, and there seems to be less and less time to post my ramblings, so I'm going to be taking a short recess from blogger.
Dad has gotten a promotion, and he's cramming and running in place to get his head around everything he's going to have to do and all the upcoming new stresses in the coming weeks and months (translated: he's buried in training, learning, training, picking up slack, training, etc.)
I'll try not to stay away too long, so don't forget about me, okay?  I'll be back as soon as I can fit some kind of posting routine back into our life.
Posted by Cleo's Dad at 4:49 AM 10 comments:

Not Very Exciting To This Cat 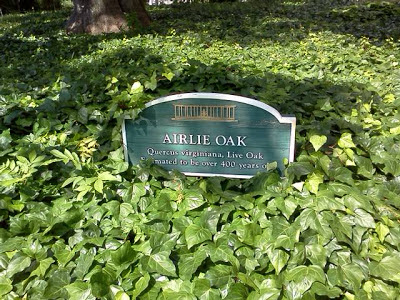 Mom and dad finally got around to checking out a place nearby called Airlie Gardens here in Wilmington. 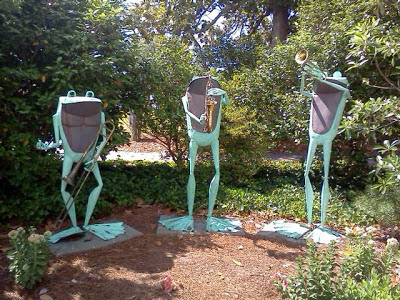 I think mom was a little more excited than dad was, but they got in a nice bit of walking, and got to see some interesting 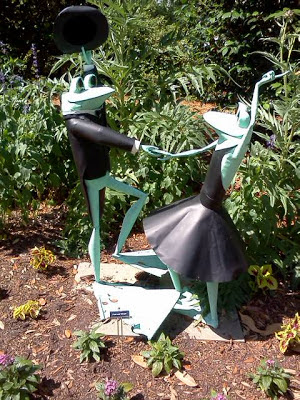 sculptures and some other stuff I'd find boring, honestly.  That sign at the top is in front of a live oak tree that's supposed to be over 400 years old, and stands at the beginning of the walking trail that snakes around the park. 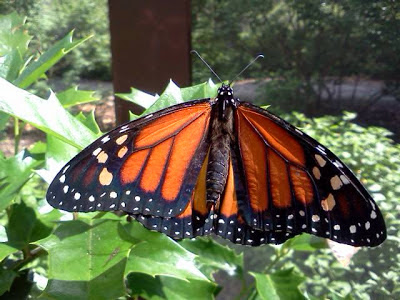 That's pretty old as far as trees go.  I can relate to how that tree must feel, considering we are about the same age. 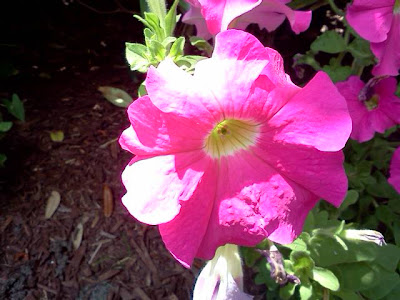 There was even a large screened-in building that housed a variety of butterflies, and the above shot was one of mom 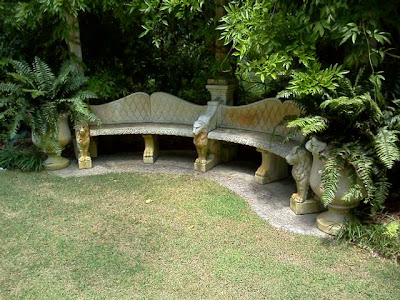 and dad's favorites.  The frogs are part of something called "Ribbitt the Exhibit", and they're on display throughout the 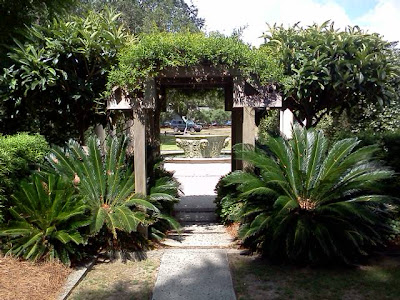 summer.  They (mom especially) enjoyed the many beautiful fountains, formal gardens and historic structures scattered through- 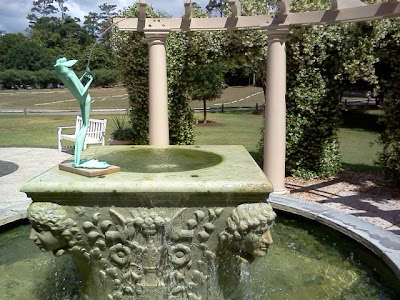 out the grounds.  The bottle chapel was especially interesting, but a certain dingbat failed to get a decent picture of it for me.  If you get a chance check out the Airlie Gardens website and see photos and video there.
None of this crap seems interesting to me, and I'm glad they didn't try to take me along.  They spent the first part of the day at the beach down at Fort Fisher, where they go for their hey-lets-turn-our-pasty-white-skin-brown-ish treatments.
All in all it doesn't sound like much of an exciting day to me, but to each their own.
Disclaimer- I apologize for the strange appearance and positioning of the text in this post.  It takes two of us to do this, and, though I have my part down pat a certain other old fart seems to have problems with simple things.  He blames it on Blogger, but it's simply that he's an idiot sometimes.  But I love him.  Because he's awesome and takes great loving care of me.  He made me write that.  Sometimes he makes me soooo mad.  If I were bigger than him I'd....
Posted by Cleo's Dad at 5:39 AM 8 comments: