En Silhouette: A Study in Light and Shadow 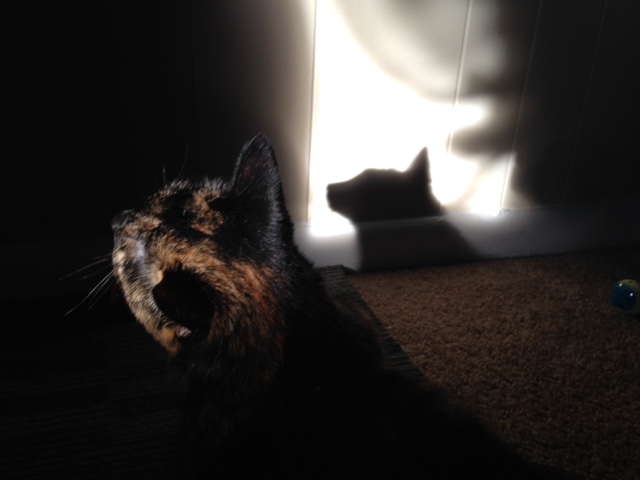 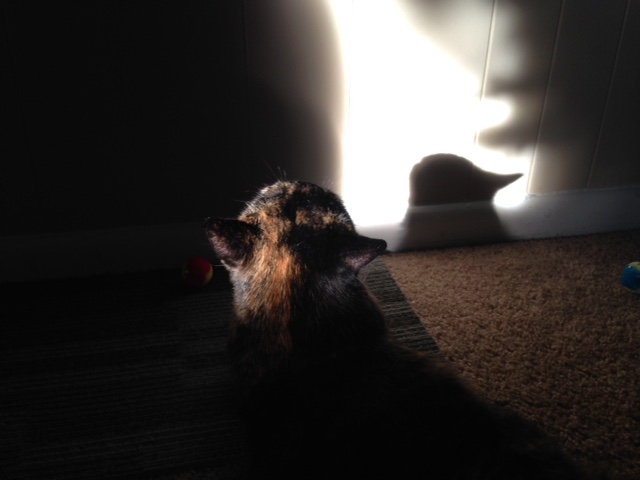 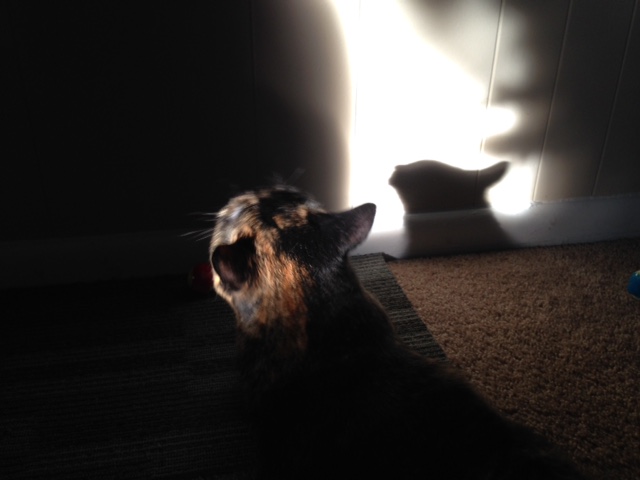 Some Alone Time Coming Up and Father's Day Greetings

Sounds like mom and dad have been making plans for a getaway coming up real soon.  I've heard them talking about Fort Fisher Beach and camping at Carolina Beach State Park.
They've also been coming home with sleeping bags, a tent, and some other stuff I think they're gonna bring with them.
I've overheard dad talking about a co-worker coming to meet me who's gonna be taking care of my needs while they're away as well.  We'll see how THAT goes... 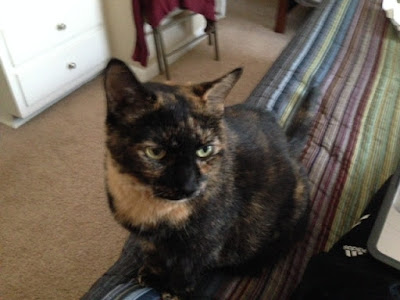 Anyway, I got to spend some early morning time next to dad on the bed while he was on the computer one morning.  I generally don't settle in because I usually just want attention and usually have a hard time sitting still, but this one morning I simply felt like relaxing next to the most awesome dad any gal could ever have (and I bet you can't tell which of us typed that).
Which reminds me-  Happy Father's Day to all you most awesome dads out there. 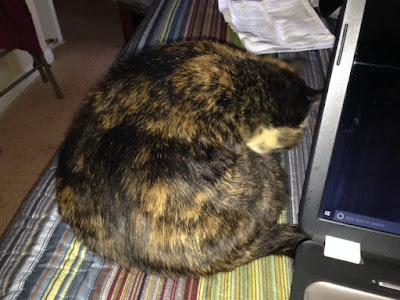 Well, I decided to go against my own grain and join this Sunday Selfie thing.  Here's my offering for this awesome, warm, still dark out quiet Sunday morning. Dad was playing with the filter thingies on his phone again like a toddler preoccupied with a cool new toy.  Happy Sunday y'all. 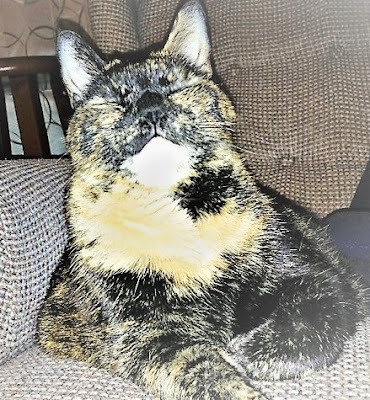 Though an older gal I do, from time to time, enjoy some fun activity (even though mom and dad say I'm kinda lazy).  Being plus sized and beyond my spring chicken years I mostly like to lounge, but every now and then I get a spark of energy and try to show mom and dad that I am, in fact, still alive. 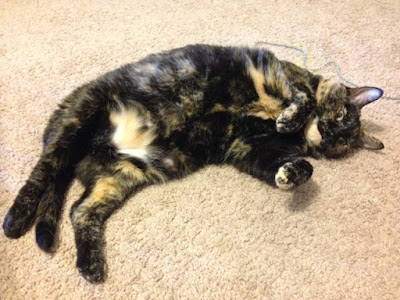 Sure, they've provided me with a selection of balls and feathers and even a catnip thingy, but I gotta say- my favorite plaything is... wait for it...
string.  Yup, that's it.  Good old string.  Go figure. Who knew something so simple, so basic could provide such entertainment. 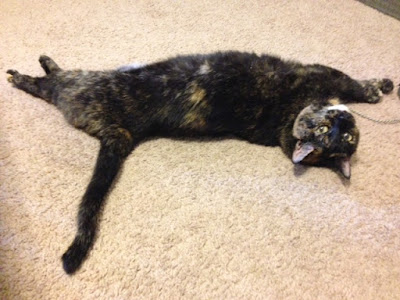 They've tied a couple of lengths of twine together and it gets me going when they swing it back and forth in front of me, dangle it over my head and trail it over my back. 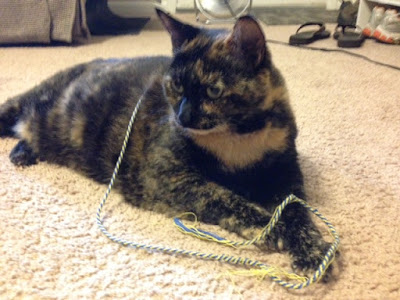 Good gosh I don't know what it is, but when I see that thing slithering along the carpet I can't ignore it, though I try.  I swat it, bat at it, grab it in my claws and chew on it. And then I'm done.
I'll lose interest almost as quickly as I attack it.  Until next time.  They always make fun of me because, though I start out chasing it I most often plop my big 'ole fanny down and kinda slide along the floor, pushing my heft (can you tell dad's typing this?) along the floor with my legs.  I'll stretch out full length to get at it before I'll actually get up to go after it. 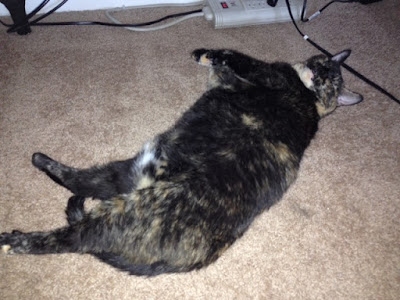 So the other night we were all three of us sitting in that awesome non-man-cave theater chair watching a movie. 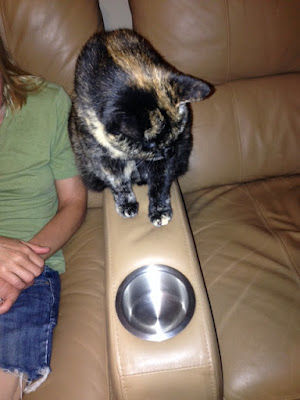 Mom likes her gum, and she'd dropped a wrapper in one of the cup holders.  Well, being of the curious sort I couldn't help but investigate, and fished around in the cup holder and wouldn't you know, hooked that damned thing right out with my claw! 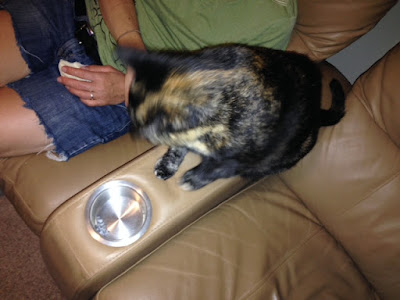 My, how those two laughed and clapped.  Good Lord, you'd think I did something really amazing.  It's baffling how something so simple, so basic can provide such entertainment to humans. Go figure. 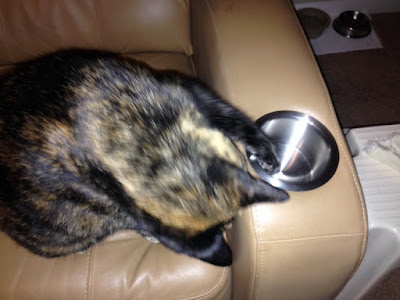