What can I say?  Just two old guys sharing a little man love here.  Yeah, that's me and dad having a private moment.  Looks like I'm gazing upon him with great love and respect, admiring all of his finer qualities as the awesomest human being in the world, right? 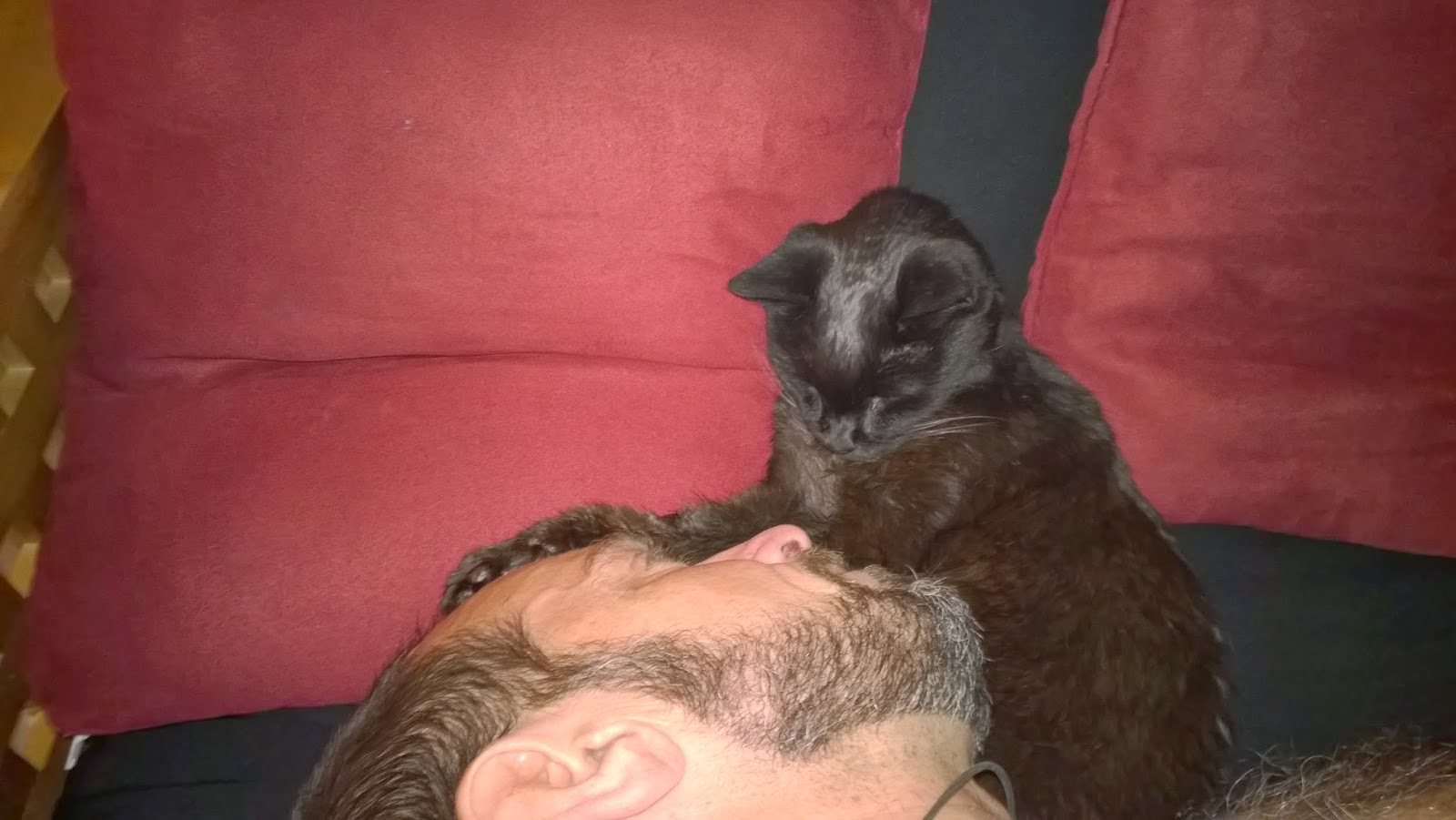 Actually, I was just in the middle of a good snooze and he inserted his obnoxious graying melon into my personal space and snapped this picture. I swear- sometimes he can be such an annoying dingus...

Awww so cute you two are together :)

I'm so glad you told us the truth behind this photo, Orbit! I thought for a moment you were getting soft in your old age.

Wait a minute, Orbit. I see your little paw in the middle of a pet! So yeah, I think you really ARE a softie!

Lol. We had no idea he was in your way!

R ya gonna get up any time soon N get me sum thin ta eat dood, or just lay ther takin up my space

Cute picture!
Have a nice week!

Orbit, you and your dad look fantastic together!