Some About Me, Some Not 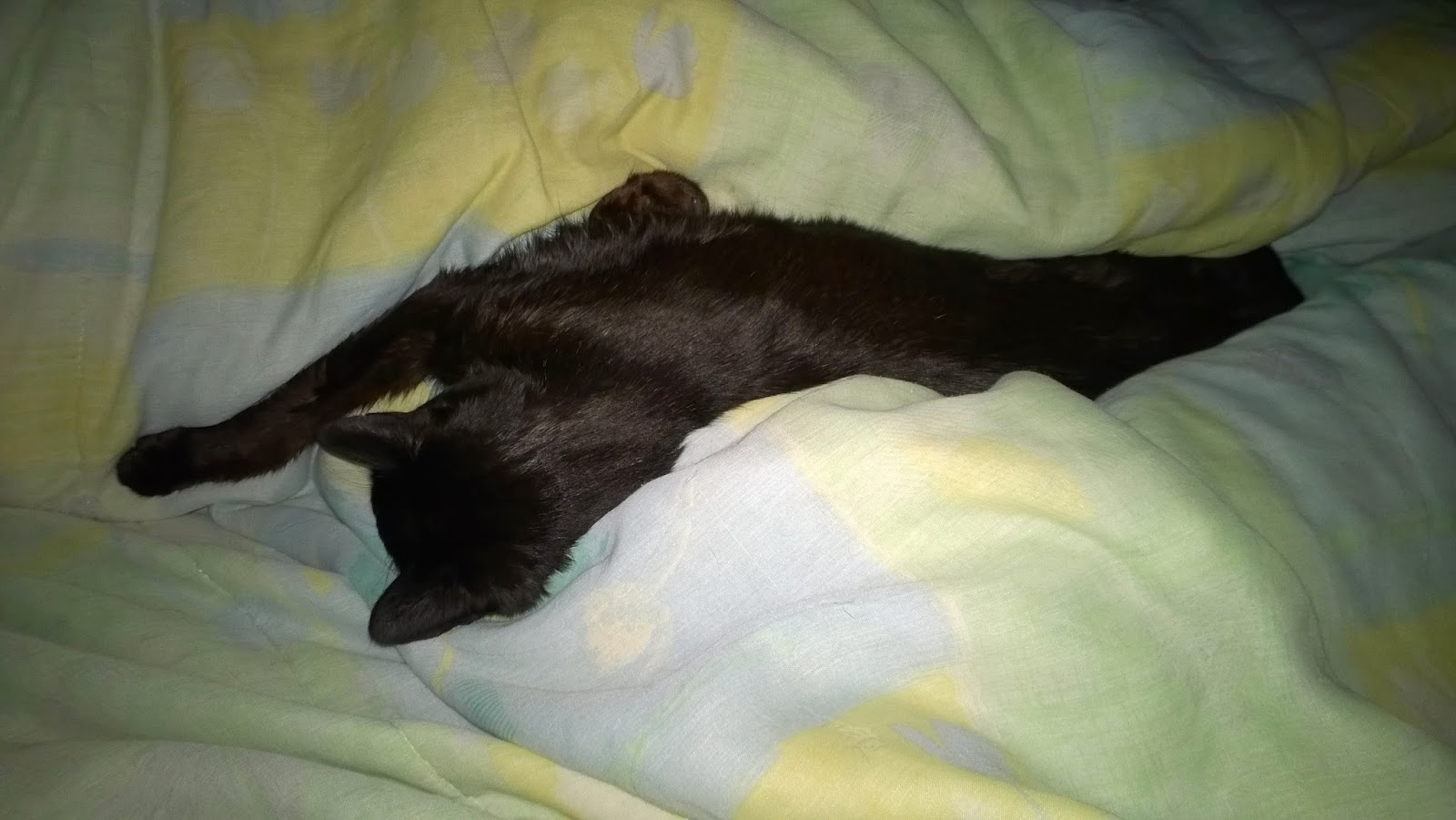 So of course, this is me, doing what I do best.  It was last Saturday, somewhere around five in the morning, which is about half an hour
later than I normally wake mom and dad.  They (mom) had the idea to go to their favorite beach to watch the sun rise.  It was partly cloudy, but they wanted to 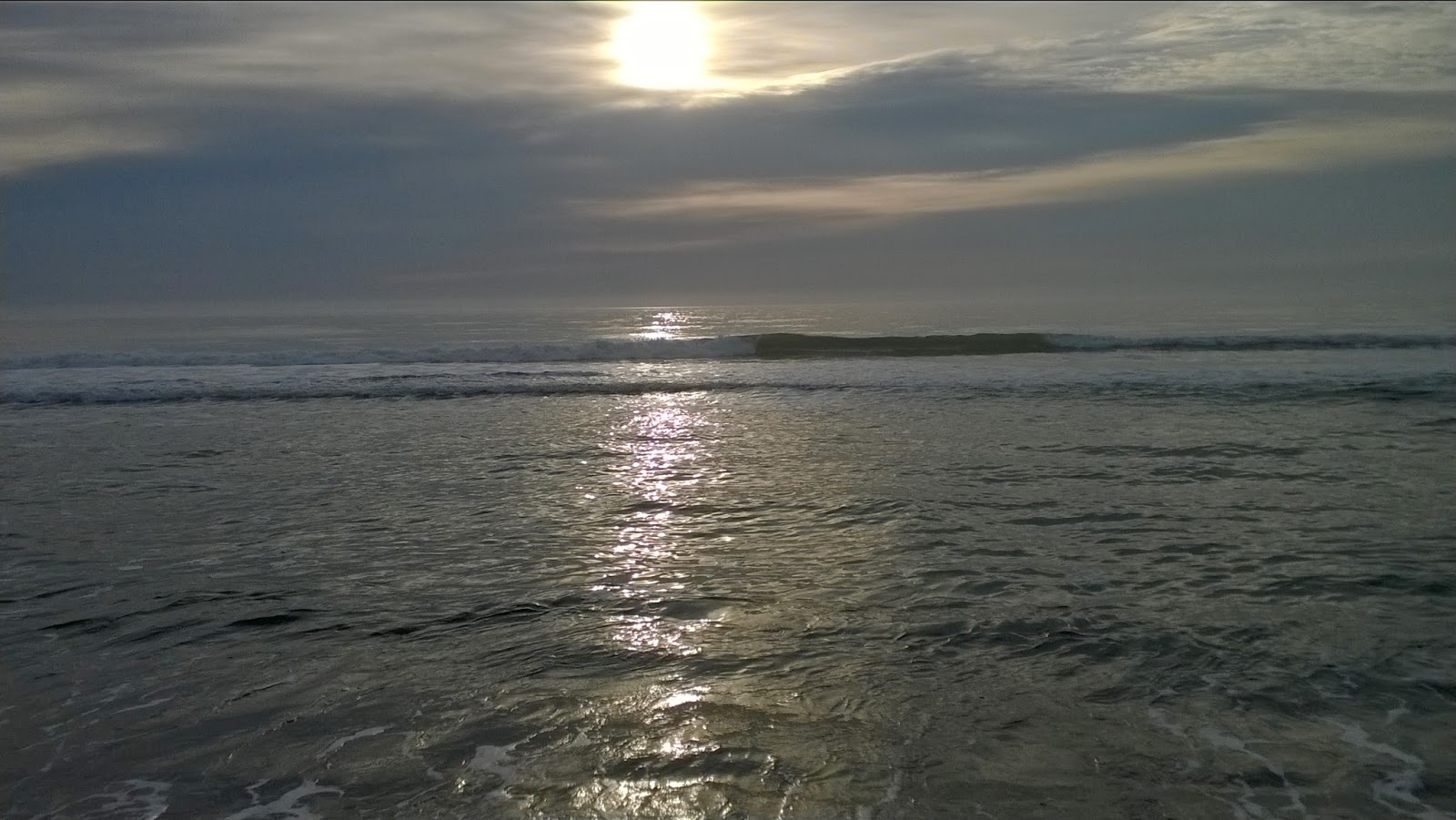 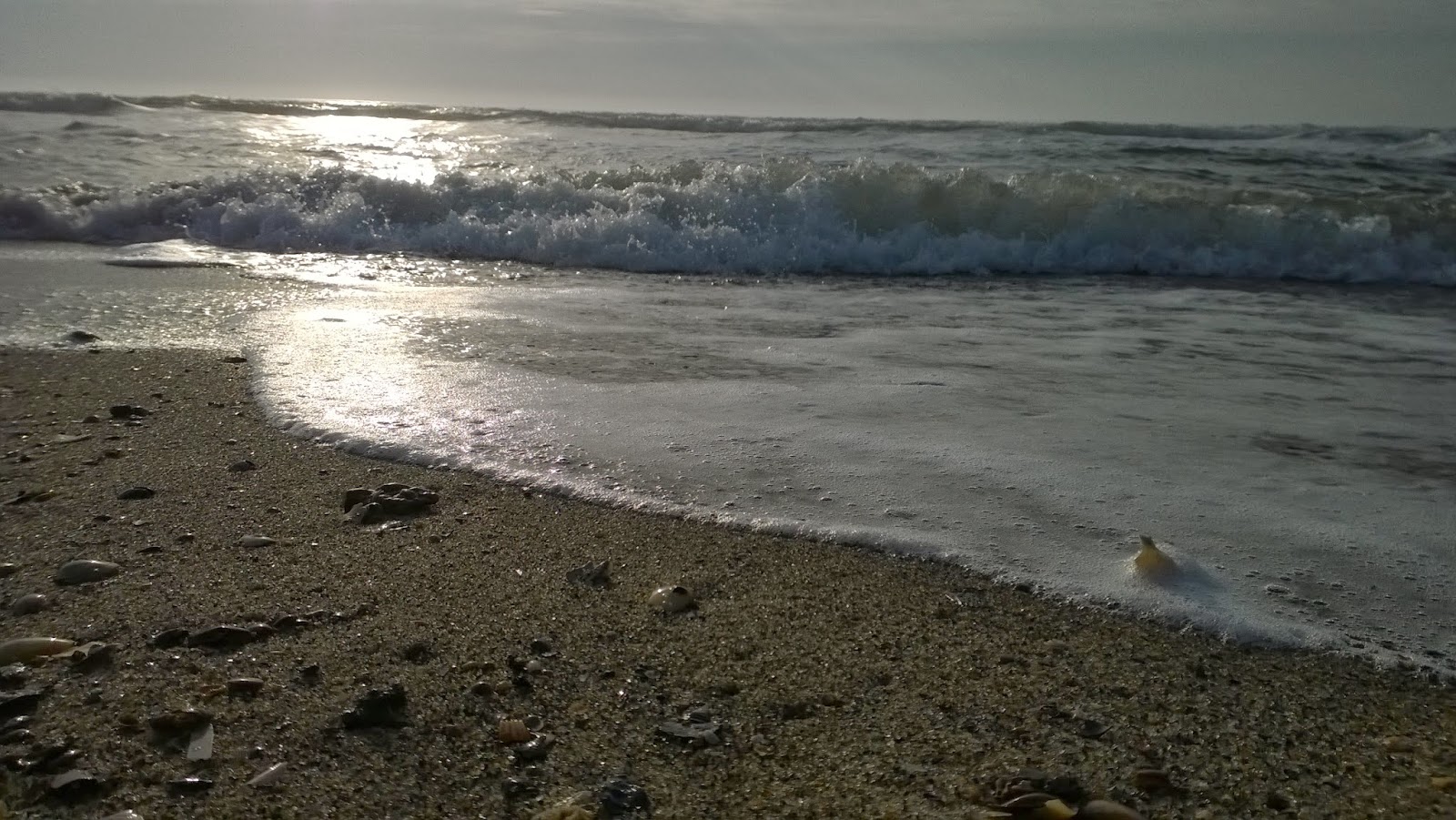 go anyway.  They got some pretty good shots of the sun peeking through the clouds, and all they talked about was being the only ones on the beach at that hour.  If you ask me it's more like they're the only ones stupid enough to be there at that hour.  They made quick work of the bagles and fruit they brought, and settled in to admire the scenery.  Mom was glad they'd pulled the blanket off the bed just in case they (she) got cold. 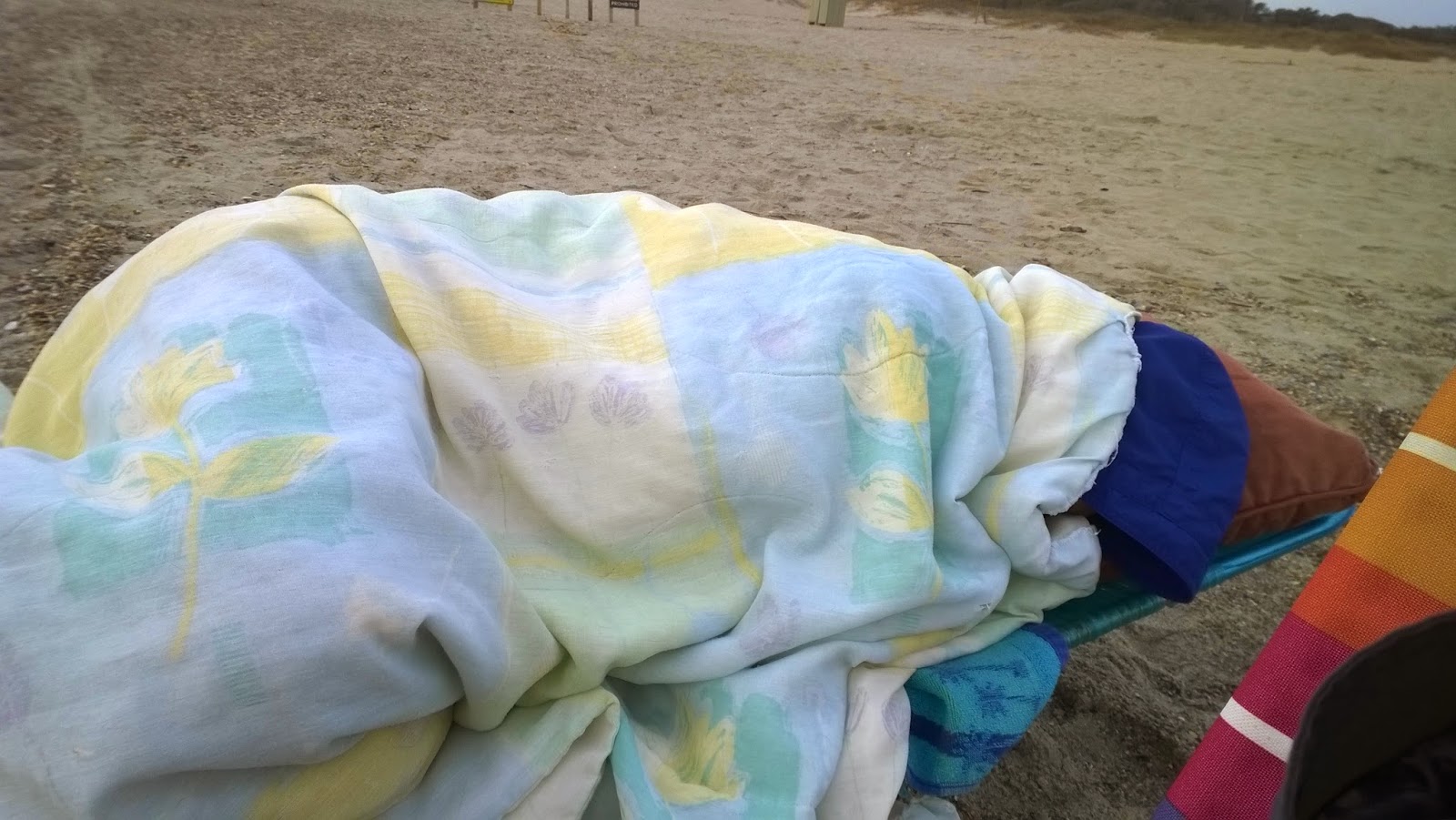 By the time the sun actually came over the clouds dad had pretty much consumed a pot and a half of coffee.  Mom had her usual Diet Coke fix, but managed to catch a few winks while dad sat in his chair bristling like one of those annoying chihuahuas. 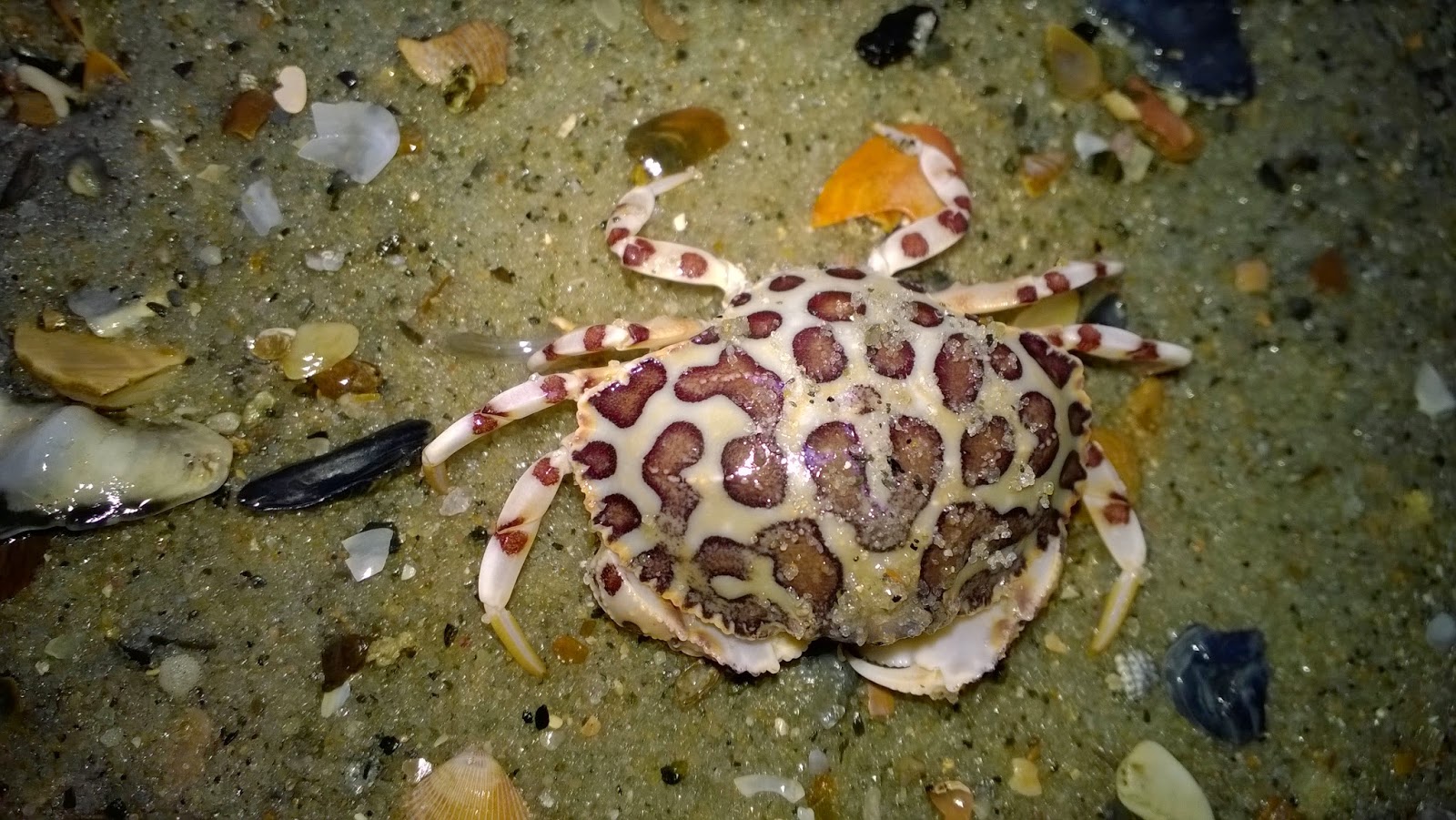 This thing over here is apparently called a Calico Crab, and dad found a few of them loitering on the beach and tumbling in the surf.
If you ask me, the sun comes up every day, and that's pretty much mom's typical pose for that hour, so why not just stay in bed?

Mom says she is with you and your mom about that staying in bed thing, but says if she'd seen those calico crabs it would have made the early morning outing worth it 'cause she's never seen one of those before. Enjoy your easy. XO, Lily Olivia, Mauricio, Misty May, Giulietta, Fiona, Astrid, Lisbeth and Calista Jo

We are all late sleepers here - my human is more likely to see the sun rise by staying up!

Wow! Look at that crab! That's so kewl. We live in colorado, so seeing the beach and that crab is so neat!

Orbit, you are lucky that your humans didn't try to bring one of those crabby things home to visit you! You'd have had to beat it into submission and distrupted your napping. Whew! That was close!

Did you get the crab as a pet, Orbit? I think you should have.

Well, it's best to let the silly humans mix it up once in a while. Fortunately they didn't try to take you with them. I agree with William - they should have brought back the crab as a present for you.