Lunchtime in Black and White 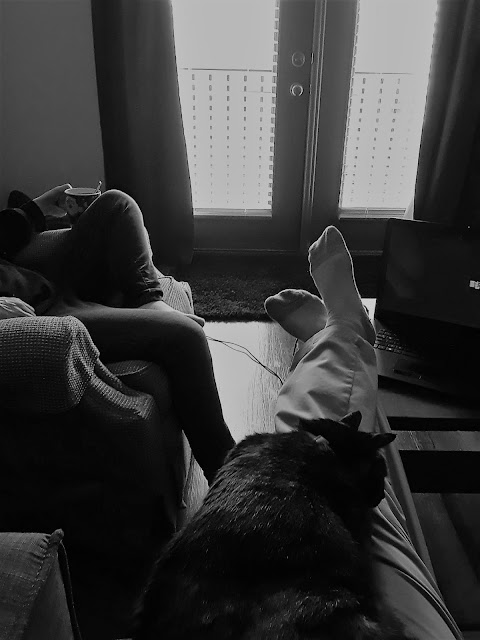 Dad loves this picture he took recently during a lunch break in our new place.  He comes home for lunch every day and hangs out with me and mom.  That's mom on the left with her big mug o' tea, and dad's front and center with his big lap o' me.
Posted by Cleo at 4:59 AM 14 comments:

Best Cure in the World: an almost-real time post

So dad came back from the previously mentioned conference and promptly got sick.  "Take all the medicine in the world," I said.  Mom kept the cold capsules, chicken soup and orange juice flowing.  "Sure mom, that'll make him better," I said. I just let them think all that stuff would make him get better.  Truth be told, nothing can be as effective as this.
Posted by Cleo at 5:26 AM 15 comments:

Kind of Expanding on the Last Post's Theme


Dad just returned from his employer's annual 3 day "leadership conference", which took place in Orlando this year.  I use quotes because he usually returns three to four pounds heavier than when he left, and I have a sneaking suspicion it's not just from sitting in workshops the whole time (gotcha, dad).  I'm sure there's a lot of work that gets done, but, well, come on. 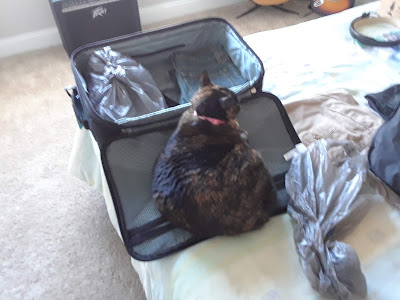 Anyway, When mom pulled out dad's luggage to start packing and set it on the bed I was instantly drawn to it.  Almost immediately I sniffed it, and then placed my plump derriere (gotcha back, girlie) right on top of it.  Was I going to miss him?  Did I not want dad to leave?  Neither are very likely.  I simply decided that this was a new place for me to plant myself for a snooze. 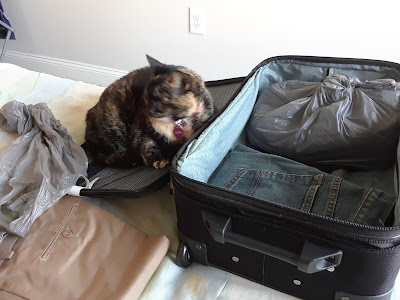 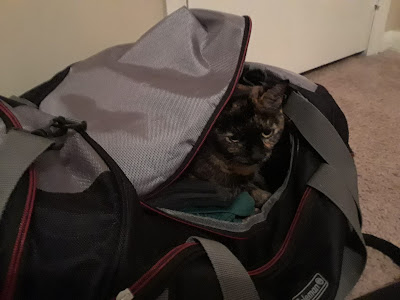 This last photo was from a previous trip dad took, when he only took his duffle bag.  Ever the curious one and always on the lookout for a new place to snooze I curled right up on his clothes in the bag.
Posted by Cleo at 8:15 AM 8 comments:

As Usual, Comfort is What it's All About

So as I mentioned we're back in Wilmington, with swaying palms, tall pines and rolling waves in the distance.  Actually, it's mom and dad that are "back" as I've never lived near the shore. And we're truthfully just a whisker outside of Wilmington, though only minutes from the vibrant downtown riverfront.
This was me and mom having a peaceful snooze while we were still in our temporary digs. 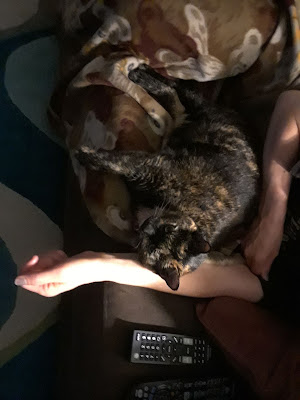 For a senior Tortie I've surprised mom and dad by growing so cuddly with them.    Since moving here I've also discovered some new places.  They got a futon to replace the double mancave chair they didn't want to move hated to part with and the other morning dad thought he lost me.  After searching high and low he caught sight of my tail sticking out from the back of the futon.
I've also expanded on my sleeping locations, and mom found me here between the pillows the other day. 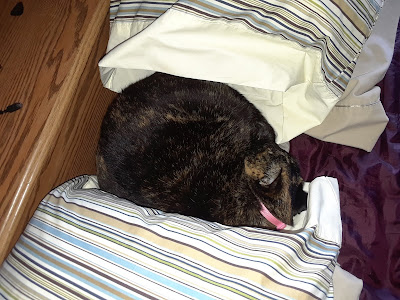 What can I say- it was warm and comfy, though I've been told this is now off limits since dad found a puddle of yack the day this picture was taken.
And speaking of comfy, though we aren't huge sports fans mom and dad are from New England so we did catch the Superbowl last weekend. 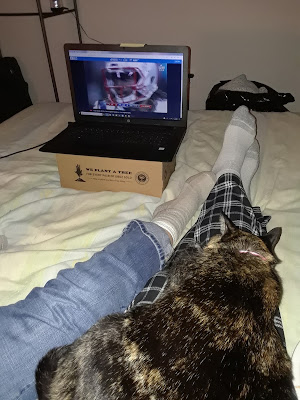 We don't want a television and don't much care for watching anything regularly, and when we do we're fine with the laptop. This was how our Sunday evening was spent.  What the camera doesn't show is the beer- and pizza-stuffed bellies (hint- not mine). 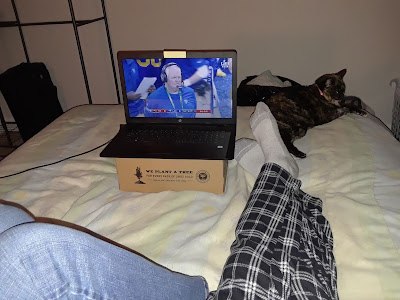 Let's Get Back To It

Hey y'all, what a month it's been.  I hit the nail on the head with my suspicion a month or so ago that we might be moving again. I'm coming at you live from the chilly (for here anyway) land of Wilmington.  I know many of you have been in the grip of an arctic freeze, and we hope everyone has managed to stay safe.
I guess mom and dad just couldn't stay away from the shore area, and I think we're finally almost kinda-sorta just about nearly not quite settled in.  Somewhat.  Mostly.
It's a good move, one that allows dad to stay with the same employer, and we're at a brand spanking new property.  We did, however, spend the majority of the past month in temporary digs at a property right in downtown Wilmington because our apartment here wasn't quite ready.
The boxes are unpacked, the truck's returned, mom's almost satisfied with how the new place is set up, and I got comfortable right away after a preliminary walk-through to check out every nook and cranny.  We're in a one bedroom apartment again, but this place is quite a bit bigger than where we were, and I had lots of spaces to check out.
Dad did end up confiding in me that although the move went pretty smoothly it seems as they age the whole relocation process takes more of a toll on them.
Posted by Cleo at 7:16 AM 14 comments: 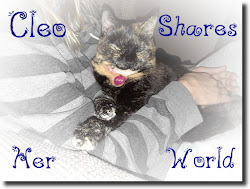 Cleo
Wilmington, North Carolina
Hi. I'm Cleo. After being surrendered at Orange County Animal Services in Chapel Hill, NC I found myself being gawked at by a couple of humans whom I eventually adopted. I let them refer to themselves as "mom" and "dad", and they couldn't have found a better home than one filled with... me.

Blog Founder- Our One and Only Orbit 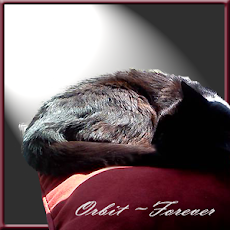 We Won't Forget You, Little Man

Grayson, July-September 2, 2012 Forever In Our Hearts 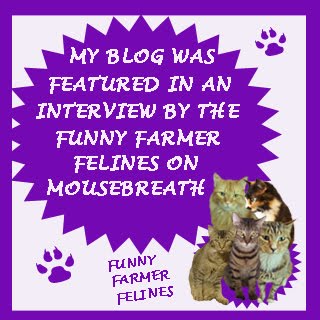